Fingernail moon still in the sky

The last month I've enjoyed sleeping in more, doing DVD's later in the morning and running just a few times a week

Training means I can't (or don't want to) miss a run. And like many moms, early mornings while the kids are still asleep is the only way to ensure a run. The hubs leaves at 6:45am. Which is also about when my youngest two wake up.

I love my morning runs, but I love sleep too. We've been in the midst of a big heat wave and even at dusk it's hot. At 6am its more bearable but I still pour sweat.

This morning my alarm went off at 5:35am. I contemplated running later in the day. But the pending heat finally pulled me out of bed at 5:45am. I was on the street at 5:55am with the fingernail moon still in the sky, pink just beginning to crest the hill to the east. 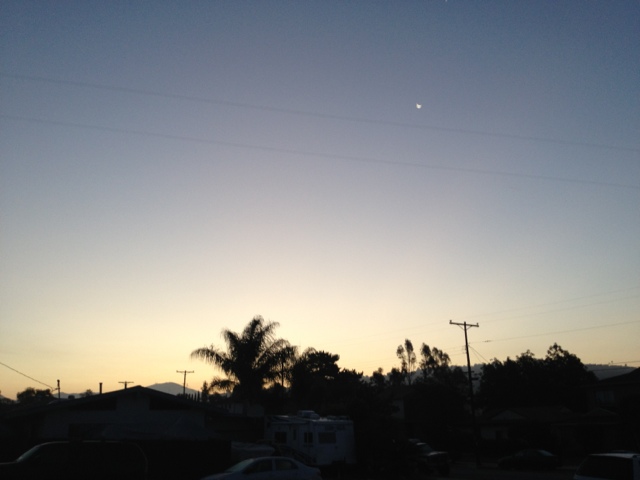 Pink fire ablaze in the east, as I finished my two tempo miles and began to cool down. 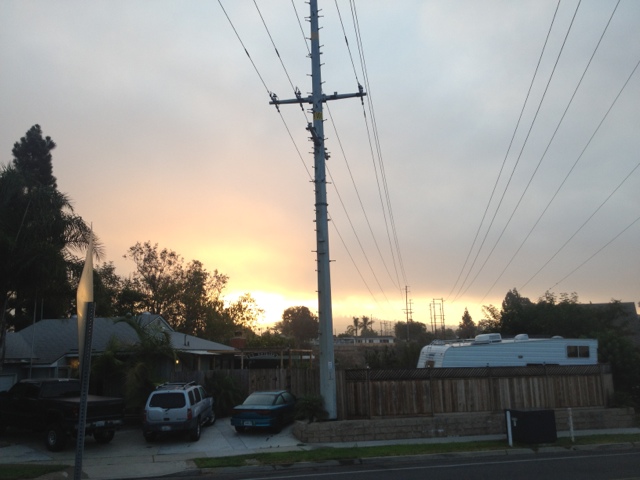 4.5 miles later I pulled back up to the blouse, just in time for hubs to leave. (this is not my house, just a view along my run)